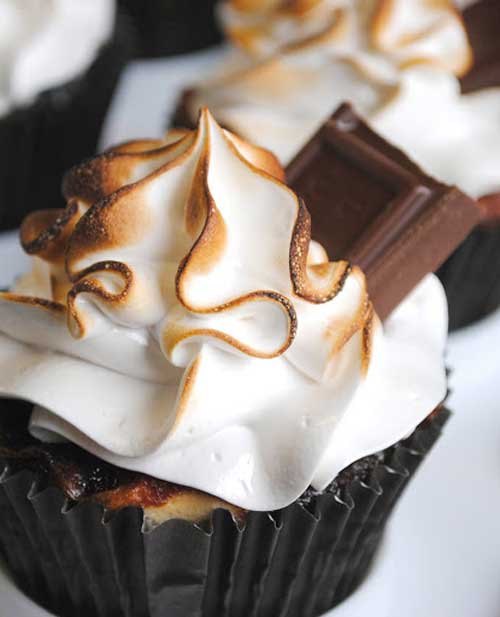 These yummy Smores Cupcakes have everything that S’mores needs: graham cracker, Hershey’s chocolate, toasted marshmallow. At the bottom of these cupcakes is a graham cracker crust, then a  rich chocolate cake, and on top is marshmallow frosting garnished with a square of chocolate.