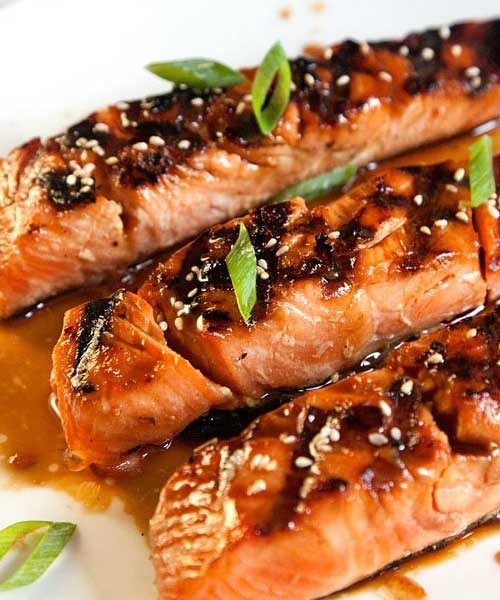 In the Japanese kitchen, “teriyaki” means a dish that’s glazed and grilled or broiled. Jarred versions of sweet-salty teriyaki sauce are available, but it’s so easy to make from scratch, and so versatile, that we make our own and slather it onto salmon—as well as chicken, vegetables, and other fish—before cooking, which allows the sugars in the sauce to caramelize, for a deep, rich flavor.