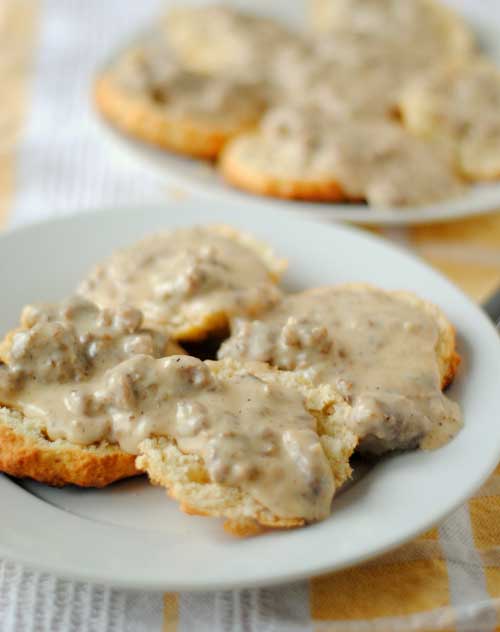 The savory sausage gravy and flaky biscuits I made for this Peppered Sausage Gravy and Biscuits recipe were just glorious. The gravy is spicy and silky and has that meaty, savory heft to it that you want out of such a breakfast.