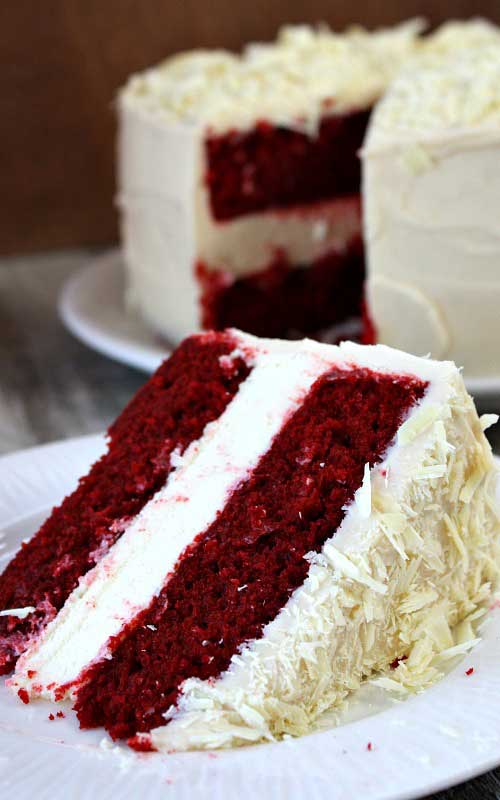 While this Red Velvet Cheesecake looks like a lot of work, it’s really not. And the results are definitely impressive; heartbreakingly red, soft as satin, fine-crumbed and fluffy!