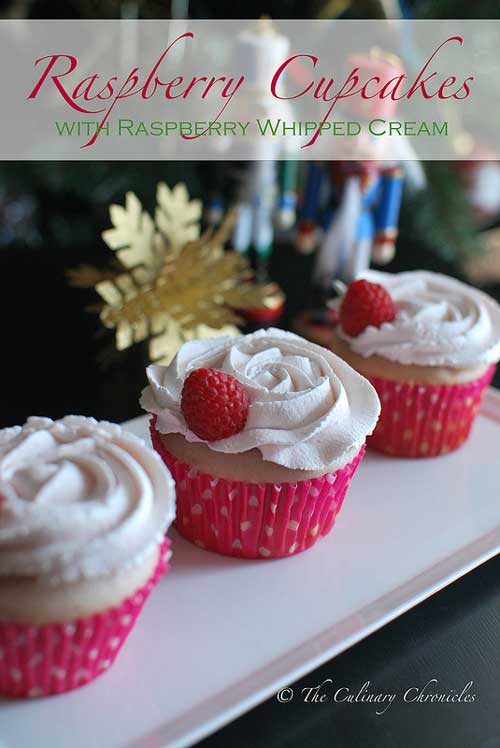 These Raspberry Cupcakes with Raspberry Whipped Cream are flavored with fresh raspberry puree. And instead of your standard buttercream, they are topped with rosette swirls of raspberry flavored whipped cream.